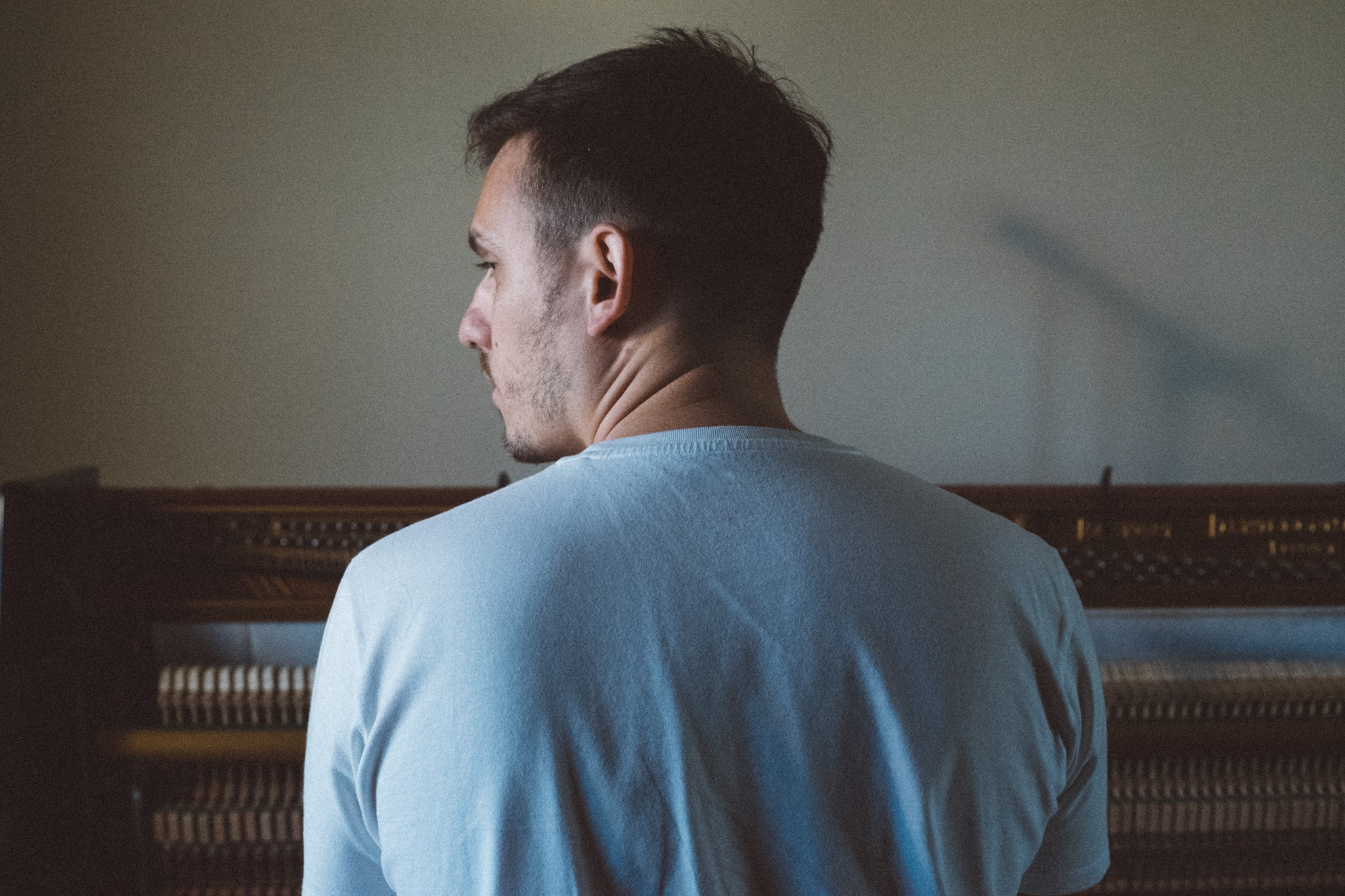 “it’s when I’m calm that ideas start popping up in my head. Inspiration comes from different things, it could be a song, a book, a film, a mood, anything really…”

Ed Carlsen is a composer and producer from Sardinia, Italy. Professionally trained as a guitarist, Ed ultimately began to translate these skills onto piano, using his own compositions as the foundation in which to discover the instrument. His approach to the piano was unconventional, while retaining the versatility developed through studying the guitar.

Seeking to marry his musical knowledge with production techniques, Carlsen pursued studies in Music Technology at the London College of Music. There he gained an interest in sound design and making music for film and visual media. After a long break from playing, in 2015 he returned to the piano, but with a different approach: rather than learning through the study of other artists, he set to further his development through writing his own songs. This, combined with his newfound interests in sound design, led to his debut album The Journey Tapes (2016), which was followed by the brooding Elusive Frames (2017).

Morning Hour is his third album, set for a September 27th release date on Canadian ambient/instrumental imprint Moderna Records. He started writing it in May 2018, while living in Krakow, with most of the recording and production process concluding during his return to Sardinia, Italy. Carlsen blends elements from modern classical music, such as intimate piano and strings, with electronic rhythms and ambient soundscapes. But it’s important to understand that the shapeshifting sounds on the new album are rooted in real life experiences — the sense of place in distant locales, the confronting of anxieties, the loss of life, and ultimately, the redemptive choice in leaving the darkness behind for a new light. It’s available for pre-order here.

“Words” is the first sightline into the new album, giving listeners an insight into the new boundaries that Carlsen pushes into. It’s less piano-focused compared to his previous material, and more focused on the guitar — his main instrument his whole life. It’s more upbeat, more textured with electronic elements yet sprinkled with complimentary organic elements as well.. The track references a time in his struggle against anxiety, and the comforting words that he received from a friend. There’s a bittersweet tinge to the track, perhaps referencing why the album is called Morning Hour as the title came from the need to start something fresh, more positive, and more forward looking. Initially premiered over at Self-Titled on Friday, watch the intimate new video via YouTube and stream the track now on Soundcloud.

Throughout Morning Hour, it becomes clear that the electric guitar is the prominent element, with Carlsen’s swelling guitar style painting broad strokes throughout. The string quartet featured on the album is Krakow’s DobryTon, while Carlsen himself handled all piano, guitar, synth, electric bass and electronics programmed himself.

Ed Carlsen’s music has now reached almost 10 million streams across all digital platforms and has been acknowledged by media outlets such as, BBC, Elle, Exclaim! and more.